Resolution is something that we often long for, but don’t really know how to get there. Sometimes it’s a lack of trust, too much pride or a fear of change. Yet, resolution is the only way to keep moving forward. If we don’t resolve something then we honestly can’t move forward with our lives. We can choose to avoid it by going around it, but eventually the same issue or even the very same situation will come up again in our lives. We will have to deal with it in one way or another. I personally know this to be true…many times over. 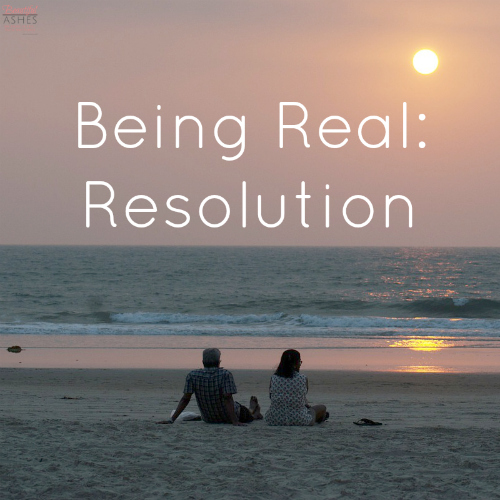 What Does Resolution Mean?

It’s important to understand what resolution means because often times I believe we think that in order to seek resolution we must give up, and that the other party involved “wins’…and that is definitely not a correct definition.

Resolution: Fixed purpose or determination of mind; as a resolution to reform our lives…The effect of fixed purpose; firmness, steadiness or constancy in execution, implying courage.

To begin seeking resolution we need to ensure we’re determined to see it through, we’re fixed on the end goal and that our spirit is strengthened with courage and might from on high.

Seeking Resolution for a Broken Relationship

Seeking resolution is not easy, it doesn’t happen overnight and is often a painful process. The faint of heart will likely not succeed in finding resolution because it requires a determined state of mind, courage to push through the difficult parts of your past and the desire to see a broken relationship growing and restored.

When beginning to seek resolution in a relationship, it is important to know what you’re dealing with including, but not limited too; whether the other party is desiring to resolve the issue at hand or not, the difficulties and pain you’re likely to face along the way, and what you’re desired outcome of the situation is.

With a broken relationship it is important to have a counselor involved to help you walk through the different stages throughout the resolution process. From dealing with the topic/action that broke the relationship to coping with the pain and disappointment from it, to the anger and depression that can occur, these are things that due tend to show up during the resolution process.

While some relationships in my past have never been restored, the issues that I avoided came into my life in other relationships, at which time I knew I had to face them and deal with them. If I had chosen to go around them again, I realized that they would keep coming back until I dealt with them. God has a way of teaching us lessons by bringing them into our lives again and again until we’ve learned. May we realize this earlier as we grow older, so He doesn’t have to keep sending these difficult lessons our way.