It has been an amazing study through the story of Esther and I’m in awe of the amazing courage both she and Mordecai showed throughout their lives. The courage they displayed is inspiring to me in my life because I know that I was placed right where I am by the Lord and I want to ensure that I am doing His will for me right now, right here, today. 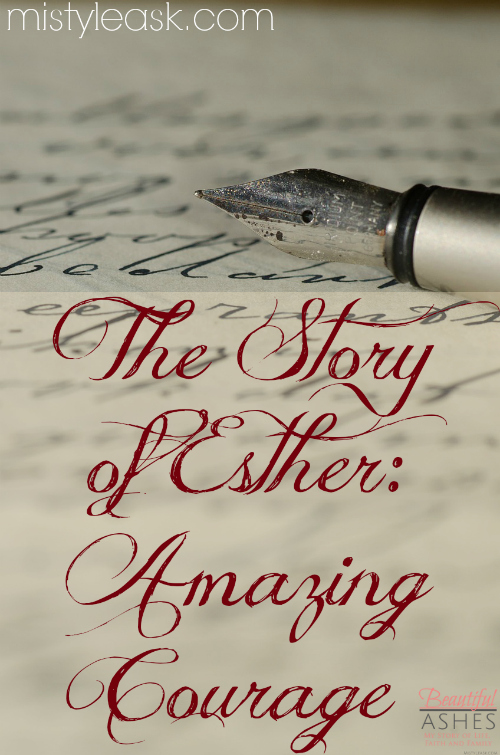 Mordecai saved King Ahasuerus’ life, but he did not receive any recognition at the time. It was much later that King Ahasuerus was reminded of Mordecai’s good deed, at which time the recognition due Mordecai was finally given publicly throughout the city.All too often I think I expect recognition as soon or very shortly after I’ve done something for someone. I need to be more diligent in reminding myself that it isn’t about me and what I do, I must strive to ensure that God gets the glory in all that I do. All the good that is in me is of the Lord alone and not of myself, of myself I am able to do nothing good.

Pride Cometh Before a Fall

Haman was the first person seen in court after King Ahasuerus was reminded of Mordecai’s good deed and the question King Ahasuerus asked him resulted in another issue with pride. Haman assumed that he was the ONLY person that the king would like to honor, there was no doubt in his mind that the honor he described to the king would be shown unto him. Sadly for Haman, he was badly mistaken. The honor that he felt he was due was given to Mordecai (his #1 enemy) AND he was ordered by the king to show all of honor that he described to Mordecai. What a humiliating walk through the city that must have been. Haman had made no secret of his hate for Mordecai and the Jews and now he had to honor the very man that many knew he hated. It is no wonder that upon completing the task ordered by the king that Haman covered his head and ran home. Pride often shows up when we least expect it. Sometimes it comes on gradually without us even realizing it and other times it shows up in a big way all at once. It is important to daily seek the Lord and ask Him to keep us humble. 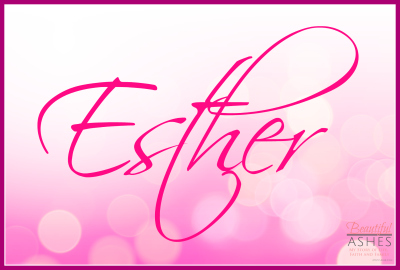 Amazing Courage in the Face an Enemy

Queen Esther’s amazing courage is shown in the face of an enemy. After inviting her husband, King Ahasuerus and Haman to dinner, Esther pours out her heart for her people and asks that their lives be spared. King Ahasuerus obviously had no idea that Esther was a Jew because he asked who was behind this act. Standing before your enemy and announcing they are the one seeking the death of your people and yourself took amazing courage and Esther did it! I haven’t ever had to stand up for my life, but I know there are many times that I should have been more courageous and I wasn’t. I need to learn from Esther to stand strong in the Lord and be filled with courage to do that which has been placed before me!

God Blesses Those That Serve Him

Mordecai loved and served the Lord throughout his life and God blessed him. After Haman’s death, King Ahasuerus made Mordecai second in authority, next to himself alone. Esther sought the king’s favor to cancel out the death warrant that Haman had issued for all Jews throughout the land, Mordecai was given the authority to write a new decree that allowed the Jews to fight for their lives should anyone seek to kill them. When Mordecai appeared in the royal clothes given to him by the king the entire city rejoiced. Having the opportunity to serve the Lord is blessing enough for I am just a sinner saved by grace. Yet, God does bless those that serve Him so, I don’t have to wonder where the blessings are that God promises me are, they will come in the perfect place and time, for God’s timing is always perfect.

If you missed the announcement, I’m Blogging Through the Bible with Courtney from Women Living Well, Bridget from Becoming a Godly Wife, Mandy from Women of Worship and Rosilind from A Little R & R as part of the Good Morning Girls Bible study group.

Every Friday you’ll find us sharing our thoughts on the study at Courtney’s corner where she is hosting a link up for all bloggers that are studying along with her! 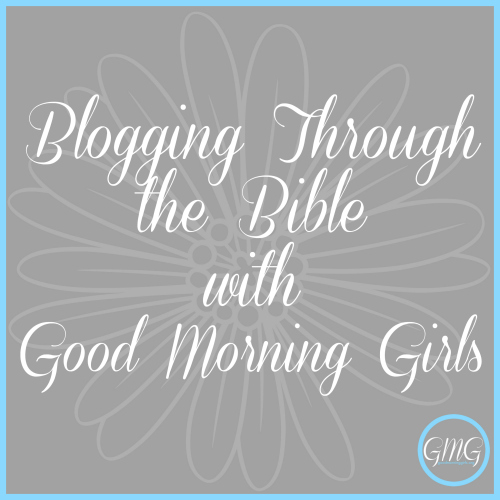 Check out the other Good Morning Girls’ posts below.

Are You a God Fearing Woman, When Your Story Doesn’t End Like Esther…or Cinderella and Esther is NOT the Hero, God Is by Courtney

The Girl and the Potter by Rosilind

My past Good Morning Girls posts are here.