It’s pretty safe to say that I could be one of the poster children for a life that turned out nothing like I had planned. From relational abuse to a bad first marriage, to divorce, then a single mom and next becoming an unwed mother. 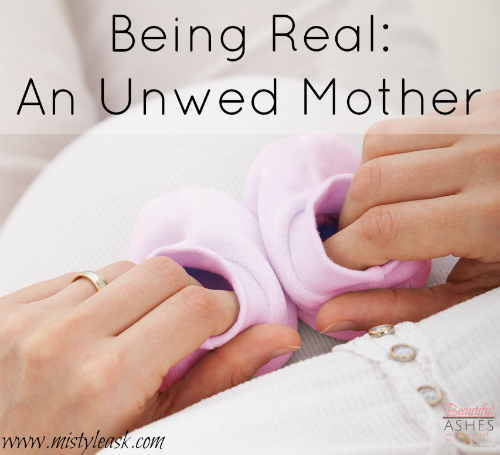 Anyone Can Become an Unwed Mother

Being raised in a Christian home with a loving family, I had no reason to have been making all of these bad choices. Except for the fact that I am human, stubborn to a fault and I think I can fix everyone. When you add all of those things together without wisdom and a listening heart, you end up places you never imagined you would be. I welcomed a precious new baby at 21 and I was not married…I became an unwed mother.

The choices that brought me to becoming an unwed mother were the hardest ones of my life on my family. Being raised in a Christian home with a loving family, I knew better and yet, I still chose to follow my foolish heart instead of my head and the wisdom my family had spoken to me.

It Isn’t Wise to Be Alone with a Man

It is very hard to be in a relationship where you have alone time with a man and not become intimately involved. Is it impossible, no, but is it wise to be alone together, nope. These are things I knew in my head, but didn’t care to hear at the time. It may sound old fashioned to believe these things, but I know first hand just how difficult it truly is to be alone with a man even when you both have the very best of intentions.

Being an Unwed Mother Still Brings a Blessing

I am so thankful that God blessed with my little blessing #2, I honestly can’t imagine my life without both of them. They have been the reason I woke up many days and the only reason I lived through others. God knew that I needed them and I’m thankful that He opened my eyes earlier rather than later, to see that they need me too.